UPDATE: City Marshal Brian Pope did not post any bond

A Comeaux High School student is now facing expulsion after allegedly having a gun and a “large amount of ammunition” with him on school grounds. Kevin Stockstill talks about the law, and what it means for our children.

The prevalence of sex trafficking in our area becomes much more real to us when one of our own survives and speaks out. Kevin Stockstill spoke with KLFY TV 10 about the penalties those involved can face after abducting and/or trafficking their victims. Find out more below in KLFY's story below.

Judge Edwards to Pope: ‘you decide’

"Adams was set for arraignment today in the 15th Judicial District court in Vermilion Parish. Adams' attorney, Kevin Stockstill, entered a written plea of not guilty to one count of malfeasance in office."

The high cost of the marshal's cover up 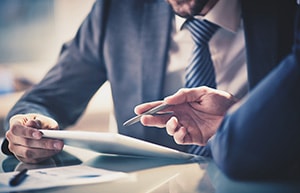 The information you obtain at this site is not, nor is it intended to be, legal advice.